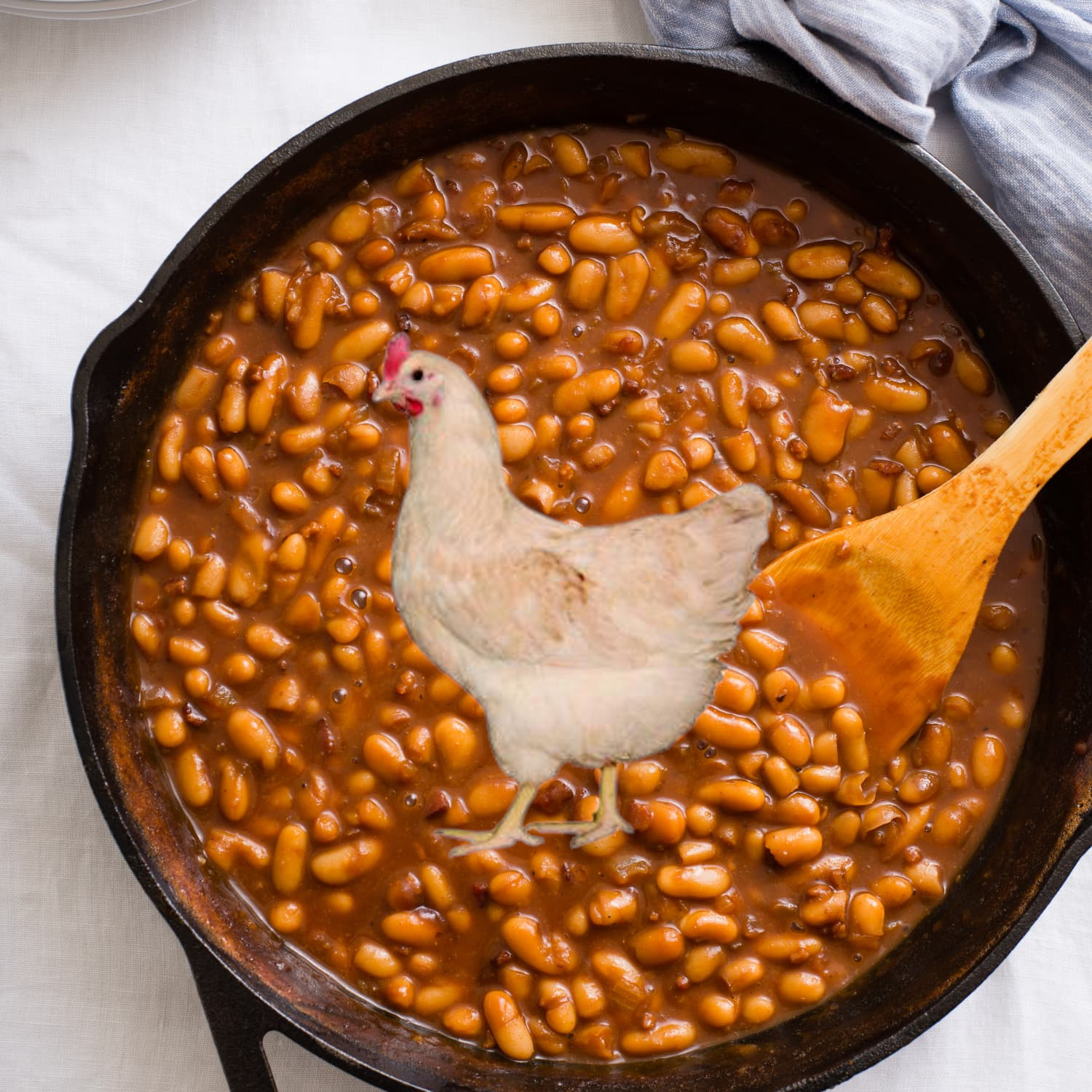 Now I know what you're thinking, what exactly is a "Chicken Bean"? This is something that may seem simple to the average person, but in reality, it has much more meaning than meets the eye. On the surface, we see a chicken bathing in the wonderful entity that is beans, yet this image has so much more meaning. Looking at this image is like looking at a 4d object; our simple 3d minds cannot comprehend the idea of Chicken Bean. While this may be hard to accept, with most people likely writing it off as a joke, it is very much a real thing, and it is something that I believe needs to be brought to the attention of the American people. Chicken Bean is the answer to all problems in world. He has the answers to poverty, world hunger, world peace, climate change, and so much more. This leads us to my proposition to you, the reader. What if we, as the American people, put aside our differences and all band together to spread the message of Chicken Bean, savior of the planet.

What ideas are spread in Chicken Beanism?

Chicken Beanism is a monotheistic religion, meaning we have one god that is Chicken Bean in his almighty holiness. We dedicate our lives and everything that we have to Chicken Bean, even going as far as to sacrifice our own children to Chicken Bean. Chicken Bean created humans in order to show off his immense amount of swag, and he is commonly seen manifesting in some of the swaggiest mortal forms. Chicken Bean has personally reached out to me in order to unite humans into one peaceful nation. One night, as I was laying down to go to sleep, Chicken Bean manifested at my bedside and told me "Y'all niggas like gotta start chillin' and shit, so you can check my swag." This life-changing moment led me to where I am today, creating this website in order to spread the needs of Chicken Bean. Those who follow him will be turned into complete Chads in their next life, while those who do not follow him will instead be turned into computer-loving virgins.

How can I spread the message of Chicken Bean?

Chicken Bean's goal of uniting all people under one nation will not be an easy one, and while we are against violence, it will likely take more violence to bring peace. This means that you can show your love for Chicken Bean by enlisting in the Chicken Bean army. Once we have enough members, we will storm area 51, taking all the alien technology as our own. Once we own this technology, we will be unstoppable, and we will be able to eliminate all those who oppose us. Once we control everyone under one nation, we will be able to convince the people of Chicken Bean's ultimate swagginess, as well as eliminate all other irrelevant religions. flhdasfhg dapfepahfop dhas fodsajf jhdasght9hqey9gfdbsvjbcsanf,dakj;fjdha;

I have just now been once again contacted by our lord, Chicken Bean himself. He has told me that he has already gone too long without the people of the world believing in him. This has led him to decide that on June 18th, 2021, he will damn all those that do not believe in his mighty swag to be put into the sole of his Air Force Ones. Please do not be one of the damned; save yourself now, and spread the word of Chicken Bean.